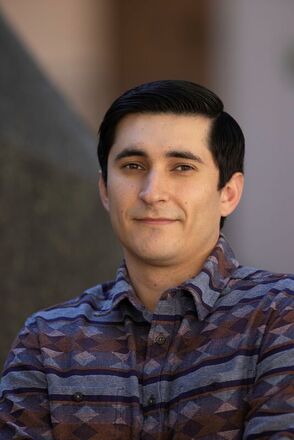 Dr. David A. Delgadillo
Ph.D., University of California Santa Cruz
​B.S., University of California Merced
ddelgadi[at]caltech.edu
​​
David was born and raised in Los Angeles, California. After dabbling in the bustling city life, he decided to pursue a degree in Human Biology at UC Merced. While at Merced, he worked on non-innocent ligand synthesis under prof. Ryan Baxter. He went on to obtain his Ph.D in Chemistry at UC Santa Cruz under prof. John MacMillan studying marine bacteria-derived bioactive natural products. Outside of the lab, David enjoys being one with nature and tinkering with random hobbies.

Dr. Falk Seidel
Ph.D., University of Tokyo
​B.S./M.S., FAU, Erlangen
falsei[at]caltech.edu
​​
Falk grew up in Augsburg, Germany and later on finished his B.Sc. and M.Sc. in chemistry at FAU, Erlangen under the supervision of Romano Dorta on the coordination chemistry of chiral sulfoxide ligands. Moving some hours easty to Tokyo (Japan), he continued his synthetic heteroatom-donor ligand adventures during his doctorate with Kyoko Nozaki at UTokyo, developing new boron and phosphorus containing ligands in the context of Ni/Pd catalysed olefin (co)polymerization reactions. In his ongoing attempt to cross the globe, he now crashed at the Nelson lab to do some microED and synthesis studies. Falk likes to experiment in his kitchen at home, becoming worse at playing video games, and tries to hobble around the city to find new cooking ingredients. 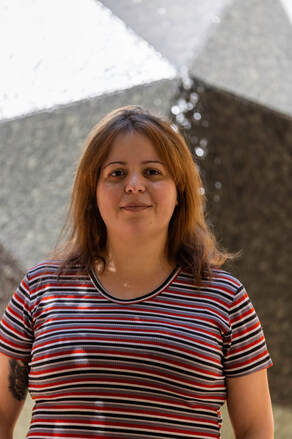 Lygia was born and raised in Rio de Janeiro (Brazil) where she concluded her B.S. degree in Chemistry at the Federal University of Rio de Janeiro. She decided it was a good idea to move to sunny Glasgow (Scotland) to pursue a Ph.D. in Chemistry working with Prof. Alan Kennedy and to study crystalline pharmaceutical salts and their physicochemical properties. After the Ph.D., Lygia joined Prof. Yves Geerts at the Free University of Brussels (Belgium) for postdoctoral research studying substrate-induced phases and polymorphism in small organic molecules. Lygia likes to play with random dogs in the street, complain about the referee in soccer matches, and listen to horrible music. 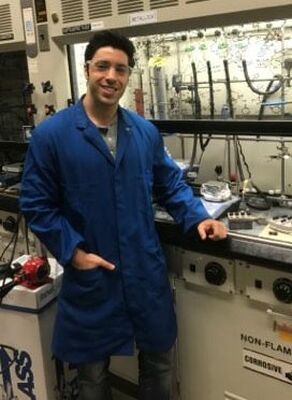 Chris was born and raised in Rochester, NY. After a short stint in the U.S. Navy, he moved to the Bay Area to pursue a B.S. in computer engineering at CSU East Bay. After spending too much time on the computer, he decided to pursue his M.S. in Chemical Engineering at San Jose State University while concurrently working at Sandia National Laboratories in the energy nanomaterials department. Chris is now here at UCLA pursuing his PhD in Chemistry and promises this will be the last time he changes his mind. His hobbies include working out and mixing gratuitous amounts of whey protein into any drink on hand. 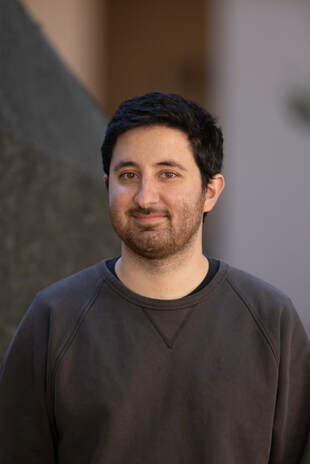 Sepand was born in Neuchatel, Switzerland and raised in Irvine, California. He earned his B.S. in Chemistry at UC Berkeley, where he conducted research under Professor Christopher Chang. In 2017 he moved back down to Southern California to attend UCLA and begin working in the Nelson lab. Some of Sepand's hobbies include coffee brewing and tasting, advocating for Peaky Blinders as the best show ever, recommending yogurt soda to his lab mates, and calling his mother. ​ 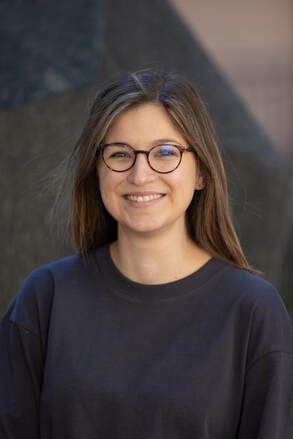 ​Chloe was born and raised in Valparaiso, Indiana. She graduated from DePaul University in 2018 where she conducted research with Professor Paul Vadola working on gold(I)-mediated cyclization reactions. Despite her love for Chicago, she decided to leave the Midwest winters behind and come to California. Chloe enjoys going to the beach, eating great food, and hanging out with her cat. 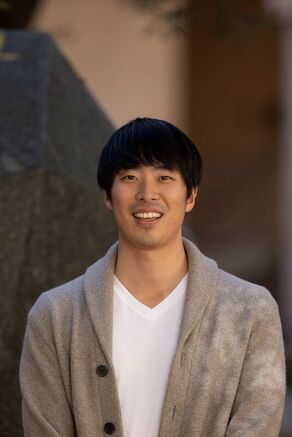 Woojin was born and raised in Seoul, South Korea. After he finished his mandatory military service, he started studying abroad in the United States. He attended a community college in Kansas and transferred to UC Berkeley, where he obtained a B.S degree in chemistry and also worked on the deoxydehydration/hydrogenation of sugar acids under the guidance of Professor F. Dean Toste. Outside of lab, he likes to learn stock trading, watch Youtube videos, and ride a bike on Santa Monica beach. 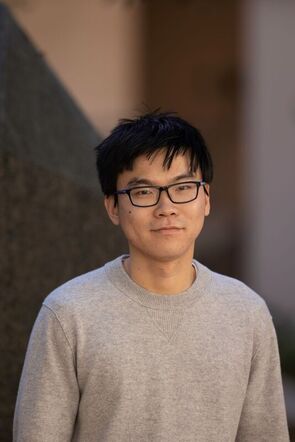 Steven was born and grew up in Changchun, a city in Northeast China. Later he moved to Beijing and earned his B.S. in Chemical Biology at Peking University, where he conducted research on metabolic labeling of non-natural sugars in Professor Xing Chen’s group. Despite living in the cold north since his birth, he decided to make a change and come to sun-soaked SoCal. He loves going to the beach, hiking, and having authentic Chinese food in LA. 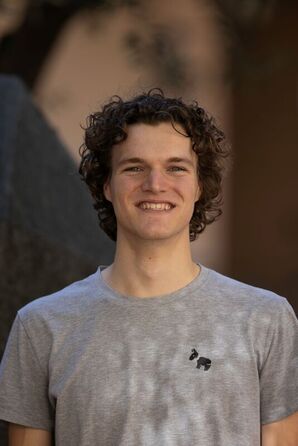 Conner Wells
B.A. Pitzer College, 2021
cwwells[at]caltech.edu
G1
​
Conner was born and raised in Santa Cruz California. He earned a B.A. in Chemistry at Pitzer college where he conducted research under Professor Anna Wenzel. As an undergrad he also spent time at the University of California Santa Cruz conducting research there under Professor Glenn Millhauser. A Californian through and through he moved the 40 minutes from Claremont to Pasadena to study at Caltech where he now works in the Nelson lab. Outside of lab he likes to ride or work on his bikes and spend time with his friends and family. 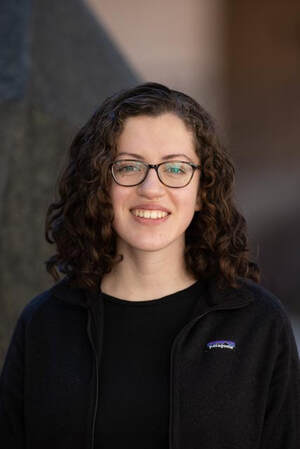 Isabel Hernandez
B.A., Barnard College, 2021
ihernan2[at]caltech.edu
G1
​
​Isabel was born in Mexico and raised in Seattle, Washington. She earned her B.A. in Chemistry at Barnard College, where she conducted research under Professor Latha Venkataraman, studying electron transport in single-molecule devices. Outside of lab, Isabel enjoys cooking, being outdoors, and showing people pictures of her dog. 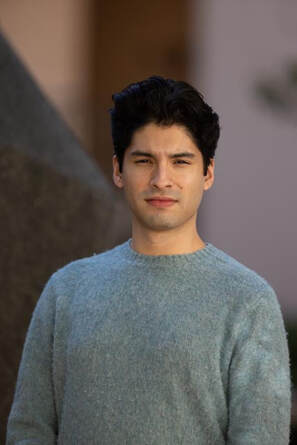 Josh Signore
B.A./M.A., Wesleyan University, 2021
jsignore[at]caltech.edu
G1
​
Josh earned a B.A. and M.A. in chemistry from Wesleyan University and studied small exotic molecules via microwave spectroscopy under the supervision of Stewart E. Novick. Josh left Connecticut to escape the humidity and bask in sunny Southern California. Outside of the lab, he enjoys running, hiking, and playing the piano, especially Chopin. 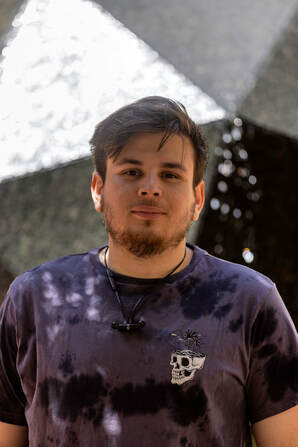 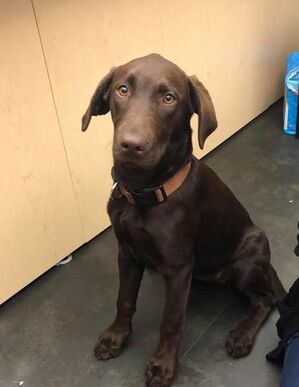 Abi joined the Nelson Lab in June, 2018 at only 4 months old. She is a loyal friend and companion of the Nelson Lab members, and also enjoys learning about chemistry too. In her free time she loves napping, playing with grad students, and taking long walks from Molecular Sciences Building to Ackerman Union.

Danielle Chew-Martinez
Howard University
Caltech WAVE Fellow
​
Danielle was born and raised in Prince George’s County, Maryland. She is a senior chemistry major, Spanish and biology minor at Howard University in Washington D.C. At her home institution she conducts research building a library of left-shifting allosteric effectors of hemoglobin for sickle cell anemia under Dr. Jason S Matthews. She likes to spend her free time going to concerts, visiting museums, and painting outdoors with friends.

Alex Solivan
Northwestern University
Caltech WAVE Fellow
​
Alex was born and raised in New York City. He is currently a senior studying Biology and Chemistry at Northwestern University where he conducts research under Professor Chad Mirkin. A proud New Yorker, he has been disappointed with the lack of public transportation here but has been pleasantly surprised with the frequency of pickup volleyball games and the great food here in SoCal.

​Ziguang was born in Wuhan, China and he did his undergraduate in UC Santa Barbara. In his undergraduate, he worked on transition metal catalysis focusing on gold and cobalt catalysis under the guidance of Professor Liming Zhang and Professor Conghui Tang respectively. After four years in the sunny California, he decided to stay with the good weather in the west coast. Therefore, he traveled south to LA and joined Dr. Hosea's group to work on the boundary of organic synthesis and chemical biology. Outside the lab, he would like to visit his friends all over LA.
​