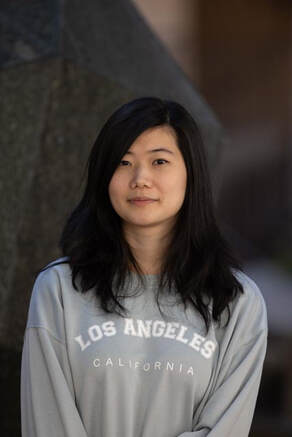 
Lee Joon was born in South Korea and grew up in Irvine, California. She conducted research in total synthesis of natural products under Professor David Vosburg and completed her B.S. in Joint Major in Chemistry and Biology at Harvey Mudd College. Some of her hobbies include consuming 20 oz. cans of sugar-free Red Bull, showcasing her collection of long jackets and turtlenecks, and feeding in video games. 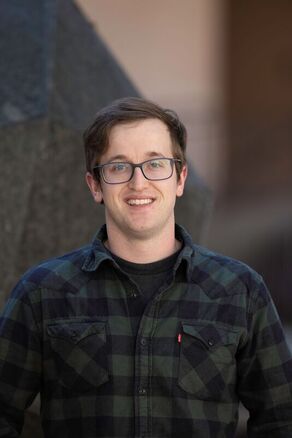 Ben Wigman
B.S., UC Davis, 2017
Ph.D. UCLA 2022
bwwigman[at]caltech.edu
Nickname: "Methyl Wiggs"
​
​
Ben was once an east coaster but is now a west coast dude. He received his B.S. in Chemistry at UC Davis in 2017 where he conducted research under prof. Annaliese Franz, probing Lewis acidity of popular catalysts and building allylsilane oligomers. Outside of lab he likes to bike, play the bass, and enjoy the view at the beach. 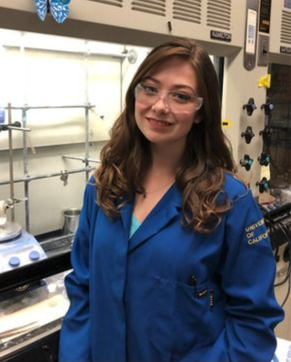 
Jessica completed her B.S. at The University of Texas at San Antonio and performed research in the laboratory of Dr. Oleg Larionov. In the summer of '17, Jessica left the great land of Tex-Mex cuisine behind and began graduate school at UCLA. She avoids LA traffic by commuting via horse and uses "y'all" unironically. 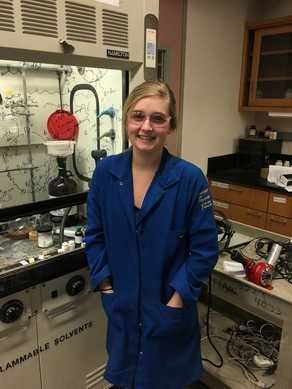 Sydnee was born and raised in Chico, CA. At UC Davis she conducted research making synthetic nucleosides to study DNA repair enzymes. She decided to leave her home of northern california and come to UCLA to conduct research in Professor Hosea Nelson's lab. 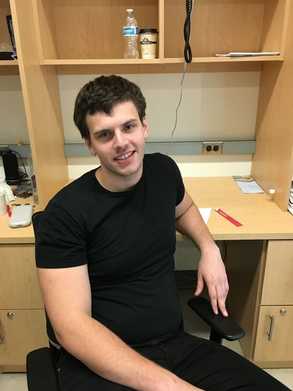 Stanislav Popov
B.S., Brandeis University, 2016
Ph.D. UCLA, 2021
Nickname: "Stasik"
Senior Scientist at Merck
​
Stasik was born in Kazakhstan and grew up in Wayland, MA. After receiving his B.S. in Mathematics and Chemsitry from Brandeis University, he moved to UCLA and joined professor Nelson's lab in the summer of 2016. In his free time he enjoys playing videogames and working out. 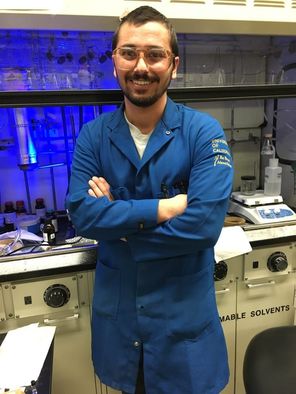 Alex was born and raised in Cupertino, CA.  He left his hometown of Apple headquarters to attend UC Davis where he conducted research under Dr. Mark J Kurth. His research consisted of heterocyclic methodology as well as synthesizing biologically active heterocycles. He graduated in 2015 with a B.S. in Pharmaceutical Chemistry. His hobbies include taking long walks in the chemistry building hallways, playing fetch with his cat, and cooking. 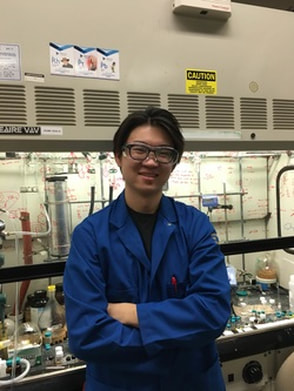 Brian was born and raised in Alhambra, CA. After receiving his B.S. in pharmaceutical chemistry at UC Davis, he decided to throw away his free time and hobbies to slave away in the Nelson Lab. Before joining, he liked to go to the gym and play StarCraft and CS:GO at home. 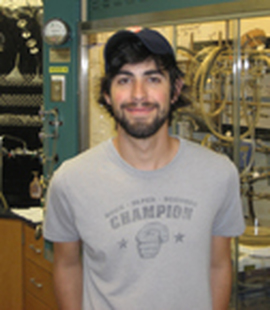 Dr. Jonathan Gordon
Ph.D., Caltech, 2015 (Prof. Brian M. Stotlz)
Sc.B., Brown University, 2009 (Prof. Jason K. Sello)
nickname: "Jonald"
Director of Research and Development at Ambercycle
​
Jonny did his undergraduate research at Brown University with Professor Sello in the area of rare-earth metal catalysis for 4-component Ugi reactions. At Caltech, his graduate work focused on the syntheses of Transtaganolide and Basiliolide natural products. He is a Los Angeles native who is a big fan of the L.A. Lakers and the L.A. Dodgers. 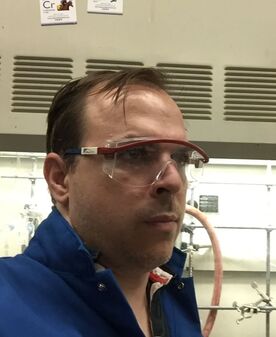 Matthew Asay
PhD, UC Riverside / Universite Paul Sabatier, Toulouse III
Postdoc, Humboldt Fellow TU Berlin, JSPS Fellow University of Tsukuba
Nickname: Matt
Senior Research Scientist at Universal Display Corporation
​
Matt was born in SLC, Utah but generally claims the ambiguous ‘SoCal’ because he hasn’t lived in Utah in a long time. He received his PhD from UC, Riverside in the Lab of Prof. Guy Bertrand making carbene related ligands. During his PhD he spent a year in Toulouse, France also making carbene related ligands in the LHFA. Upon completion of his doctoral degree he began a world tour with postdoctoral research stays in Germany and Japan where he learned many of the intricacies of fundamental silicon chemistry. After a return to UCR to work with Prof. Vince Lavallo on carborane cluster chemistry Matt began an independent research career at UNAM in Mexico City. He now finds himself again on American soil using carborane anions. He enjoys American Football, French Rugby, German Football, Japanese Karaoke, and Mexican cochinita pibil.